Moving to New York City? Here’s what you need to know

New York has always been a city of immigrants. The Statue of Liberty, a symbol of welcome for many, stands proudly in New York Harbor. Today, New York has 3.2 million immigrants, the most in its history. Below, find a get-started guide to your New York. 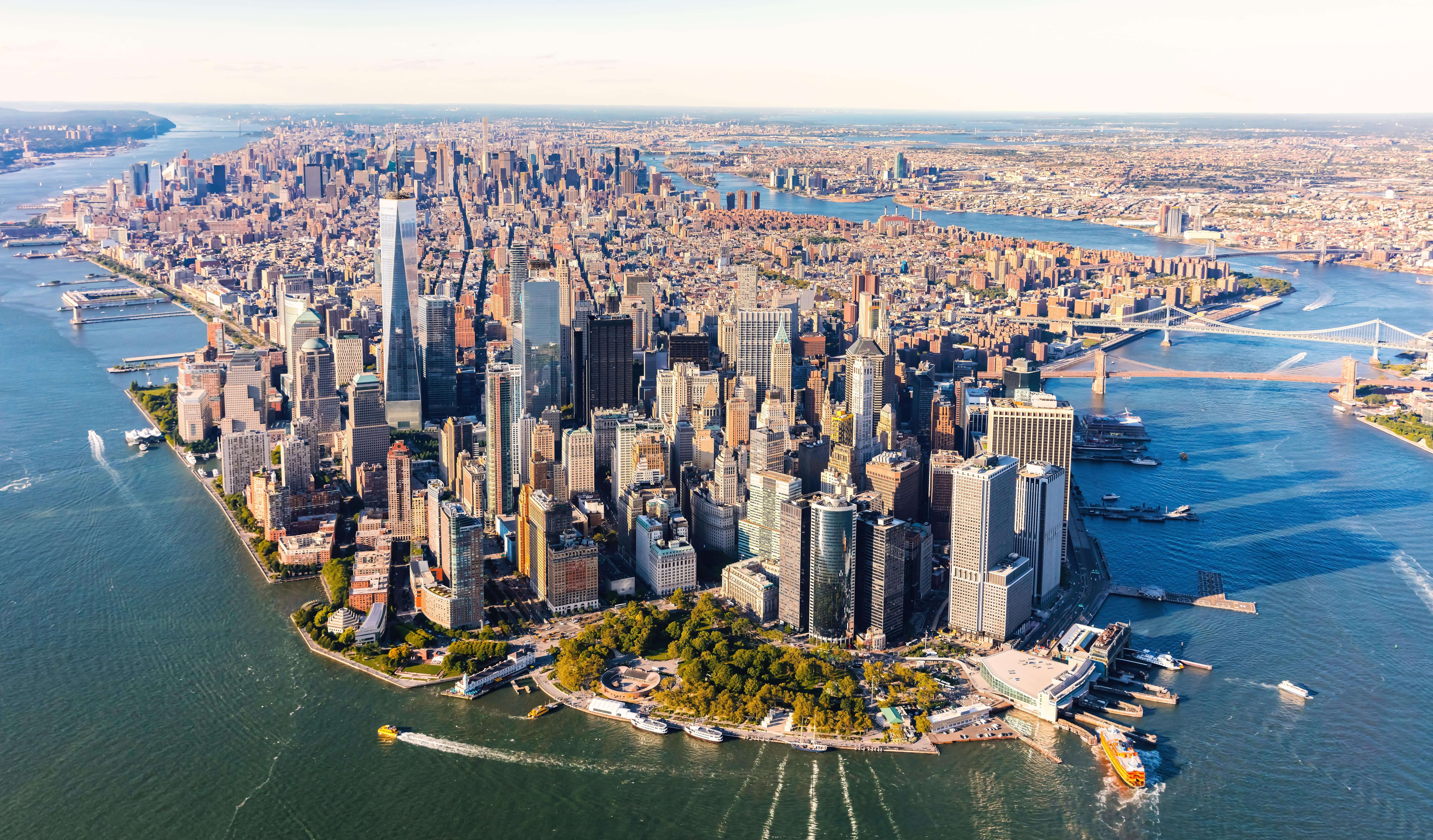 New York has always been a city of immigrants. The Statue of Liberty, a symbol of welcome for many, stands proudly in New York Harbor. Today, New York has 3.2 million immigrants, the most in its history. One half of those people have lived in the U.S. for twenty years or more. The others are relative newcomers. Immigrants are drawn to New York by its vibrancy, its economic strength, and its inclusivity. You can hear a multitude of languages spoken in the five boroughs, from Spanish to Bengali to Urdu. The largest immigrant populations come from the Dominican Republic, China, Jamaica, Mexico and Guyana. Neighborhoods and ethnic enclaves are not officially defined, but there are dozens. They range from Koreatown in Midtown Manhattan to a Little India in Jackson Heights, Queens, to Little Odessa in Brighton Beach, Queens. Below, finda get-started guide to life in the "Big Apple."

How to find an apartment

First, a little real estate lingo. New York apartments can be divided into three types. Prewars were built before World War II. Prewars have thicker walls and higher ceilings, but often smaller windows. Postwars (built after World War II) have more modern heating systems. Postwars also often have bigger closets. On the downside, they can be somewhat noisy. New developments are apartments built in the past twenty years or so. New developments have oversized windows and modern finishes, but often small rooms.

In terms of location, New York City has five boroughs: Brooklyn, Manhattan, Queens, Staten Island and The Bronx.  Brooklyn has the most people. Brooklyn’s population is around 2.6 million, making it larger than Houston and Phoenix. Manhattan is the most densely built, and contains major office hubs such as the Financial District (“FiDi”) and Midtown as well as Central Park. Queens, home to the New York Mets, has the biggest land area, and is also home to more languages than anywhere else in the world. Staten Island, with a number of traditional stand-alone houses, feels relatively leafy -- the mapping firm Topos calls it “the Meadows.” The Bronx, home to the New York Yankees, is in the middle of a development boom, with new Metro-North rail stations to be up and running in a few years.

To find an apartment, consider your budget, your commute, and your social needs. A 2019 report by Miller Samuel for Douglas Elliman noted that Manhattan median rent was $3,600 per month, and Brooklyn median rent was $2,950. Be sure to check out your target borough and neighborhoods both during the day and at night. Publications such as the nytimes.com, craigslist.org, and brokerage websites are all good sources of real estate listings. If you are connected to a college or university, their local housing office can help too.

Once you’ve found an apartment, apply by presenting identification and proof of income. If you have no U.S. credit history, ask your landlord if he or she uses Yardi, Intellirent or First Advantage. These are all credit service companies that will accept an international credit history from Nova Credit-enabled countries like Australia, Canada, India, Mexico and the UK.
‍

How to get around

New York is “the city that never sleeps” and the five boroughs have the transportation to prove it. The subway runs 24 hours a day, seven days a week, as does the Staten Island Ferry. There is also an extensive bus network, though some buses don’t run overnight. Payment is by MetroCard, a stored-value smart card, or by Omny, a contactless payment system currently being introduced at some subway turnstiles.

However, the subway system is more than 100 years old. As a result, it needs frequent maintenance. There are often service disruptions. To avoid being surprised, check the transit information site “the weekender” or a transportation app such as CityMapper.

New Yorkers spend an average of an hour a day commuting, according to a recent survey. The city government has been encouraging bicycle use, adding 30 percent more bike lanes in the past five years. A bike sharing system called Citi Bike allows you to pick up and drop off bikes at multiple locations. A safety plan known as “Vision Zero” promotes safe road sharing. If you do bike, stop at red lights -- that’s the law -- and consider wearing a helmet for your own safety.

The Department of Motor Vehicles (DMV) issues driver’s licenses in New York City. You do not need to be a U.S. citizen to get a driver’s license. You will have to learn to drive, take a road test and an eye test. If you have a current and valid driver’s license from another country, you can probably drive using it during your first few weeks; however, as a long-term resident, you’ll eventually need to make your way down to the DMV office. Check the DMV website for more information.

How to set up your finances

If you are already banking with a major multinational bank, ask them about transferring your accounts to the U.S., and what documents you will need. Most U.S. banks will require you to visit in person, and bring proof of identity such as a passport, to open a bank account. Many different New York banks have branches in Midtown Manhattan. You can use a branch locator to explore options near you. Most banks will also require you to have an identification (ID) number. In the U.S., the most commonly used ID is a Social Security Number. This is a number that most U.S. citizens already have. If you don’t, and you want to apply for one, you’ll need to fill out an SS-5 form, along with two proofs of age, identity, and lawful work-authorized immigration status. An alternative is to apply for an Individual Taxpayer Identification Number, which is a number that noncitizens use to pay taxes.

The next step is to transfer the credit history that you have previously built in your home country. Nova Credit’s technology will allow you to transfer your existing credit history from many countries—including Australia, Mexico, the UK and India to the U.S. You can also begin building your credit history in the U.S. by applying for a credit card, getting a cell phone plan, and making other financial moves. Nova Credit offers partnerships with several respected financial companies to help you get started.

How to find a job

New York City’s economy is both large and varied. Data from Baruch College shows that there are fourteen sectors that each generate more than 100,000 jobs in New York City. Of those, three groups show average annual wages of more than $100,000 a year:

Slightly lower wages, but also lots of jobs, can be found in the wholesale trade, real estate, and education sectors.

Remember that looking for a job is a numbers game; an effective job search will require some time and effort.